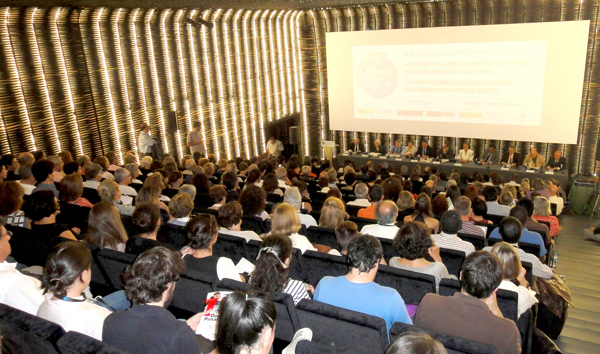 On the 9th of October, on the occasion of the World Day against the Death Penalty (10 of October), ICDP hosted a public debate with members of the Commission, academics, representatives of civil society and journalists. Mr. Mayor, President of ICDP, took the opportunity to present the goals and work of the Commission, including how it operates.

An interesting point on the issue of the role of public opinion in the abolition process was raised by Ms. Duvivier, member of the Commission, who highlighted that sometimes public opinion is in favour of death penalty; therefore it might be difficult for politicians to go against it.

The high level of attendance testifies the success of this public event.