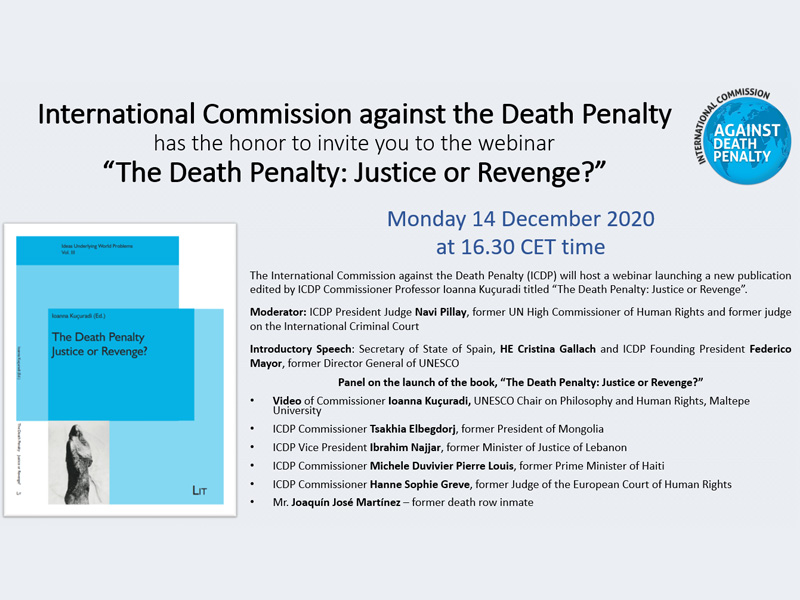 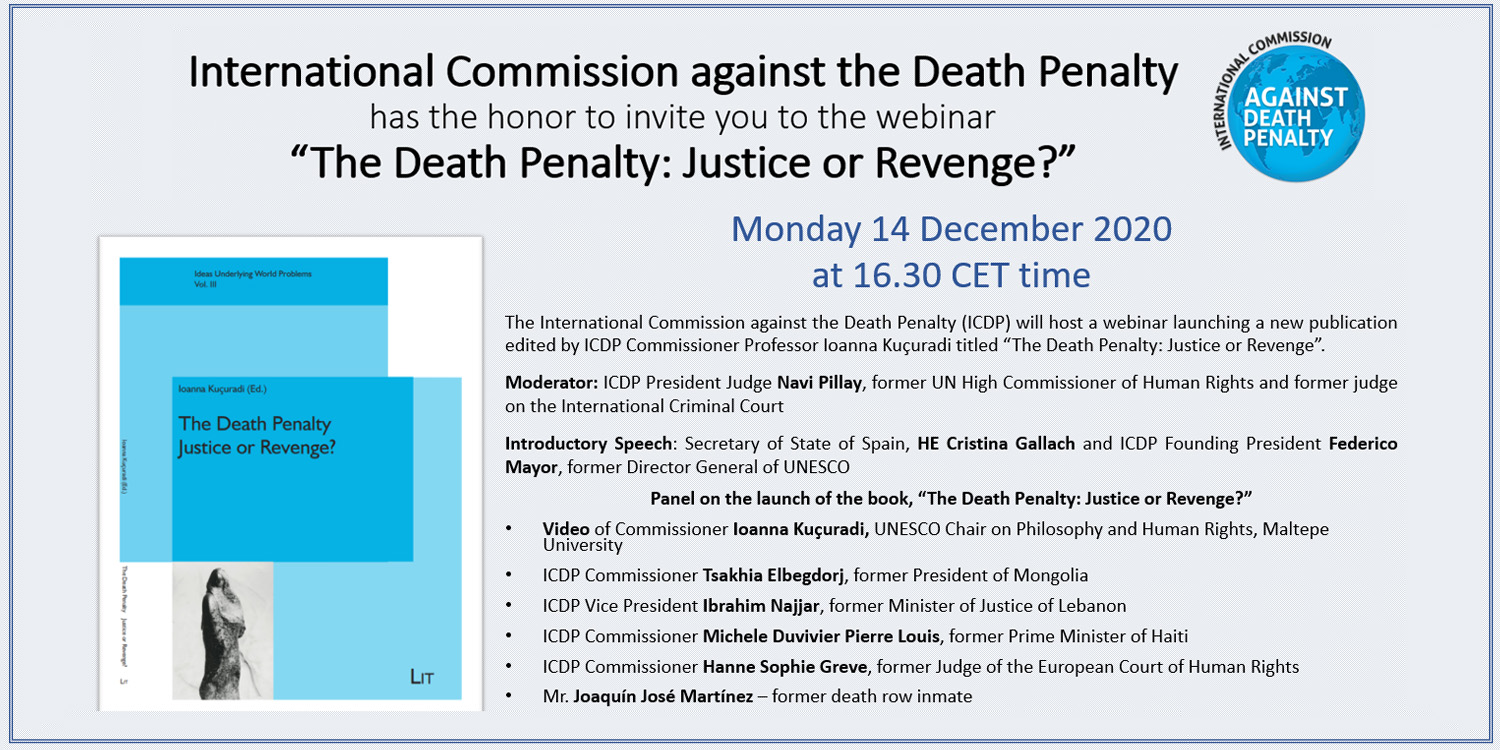 To celebrate Human Rights Day, the International Commission against the Death Penalty hosted a webinar on 14 December 2020. The event was special as 2020 marks the tenth anniversary for the Commission, which was founded in October 2010 in Madrid.

The webinar was a very good platform to celebrate a new publication edited by ICDP Commissioner Professor Ioanna Kuçuradi titled " The Death Penalty: Justice or Revenge.” The book features articles by several ICDP Commissioners, including three Commissioners who, as leaders of their States, led the abolition of capital punishment. Moreover, there are different perspectives including perceptive writings by a Spanish national, who was wrongfully sentenced to face the death penalty in the USA, and a former District Attorney and prosecutor in the US state of California.

The panel featured contributors to the book including Commissioner Tsakhia Elbegdorj, former President of Mongolia who led his country to abolish the death penalty, Vice President Ibrahim Najjar, former Minister of Justice of Lebanon, Commissioner Michele Duvivier, former Prime Minister of Haiti, Commissioner Hanne Sophie, former Judge of the European Court of Human Rights and Joaquín José Martínez, the Spanish national who, after spending three years in the death row, was released after a new trial.

The webinar was moderated by ICDP President Judge Navi Pillay, the former UN High Commissioner for Human Rights, and the introductory speech was given by HE Cristina Gallach, Secretary of State of Spain, which holds the Presidency of the Commission´s Support Group and Founding President Federico Mayor, former UNESCO Director General.