President of ICDP Participates at “Cities for Life” in Madrid 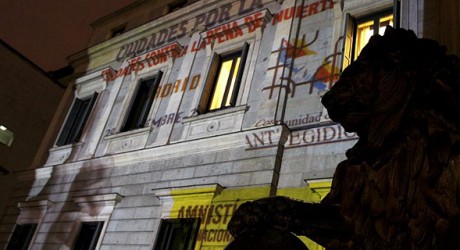 In Madrid, the event took place in front of the Spanish Parliament. The President of the ICDP, Federico Mayor,  gave a speech in favour of the abolition of the death penalty, mentioning, i. a., the establishment and the work of the ICDP. Ambassador Rafael Valle, President of the Support Group of the ICDP,  intervened as well. Among the other speakers figured Esteban Beltran, Spanish Director of Amnesty International; Dave Atwood, Director of the Texas Coalition to Abolish the Death Penalty and a delegate of the Community Saint Egidio.

The event was followed by members of NGOs, public and press.

For further information on the event, please visit the website of the Community of Saint Egidio.