Justice that kills – The death penalty in the 21st century 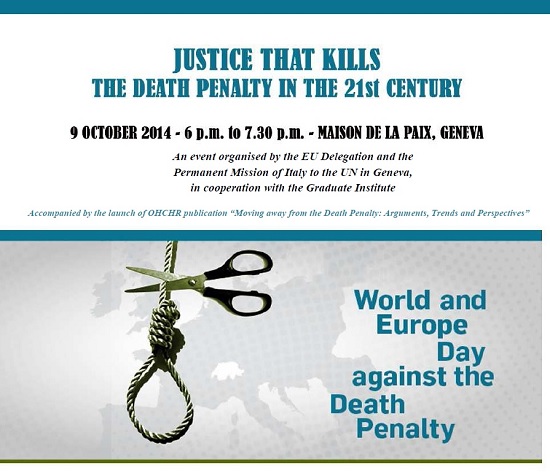 On the occasion of the World Day Against the Death Penalty, the EU Delegation and the Permanent Mission of Italy to the UN in Geneva will organise an event today, 9 October 2014 entitled “Justice that kills – the death penalty in the 21st century”.