ICDP participates in the International Human Rights Summit in Madrid 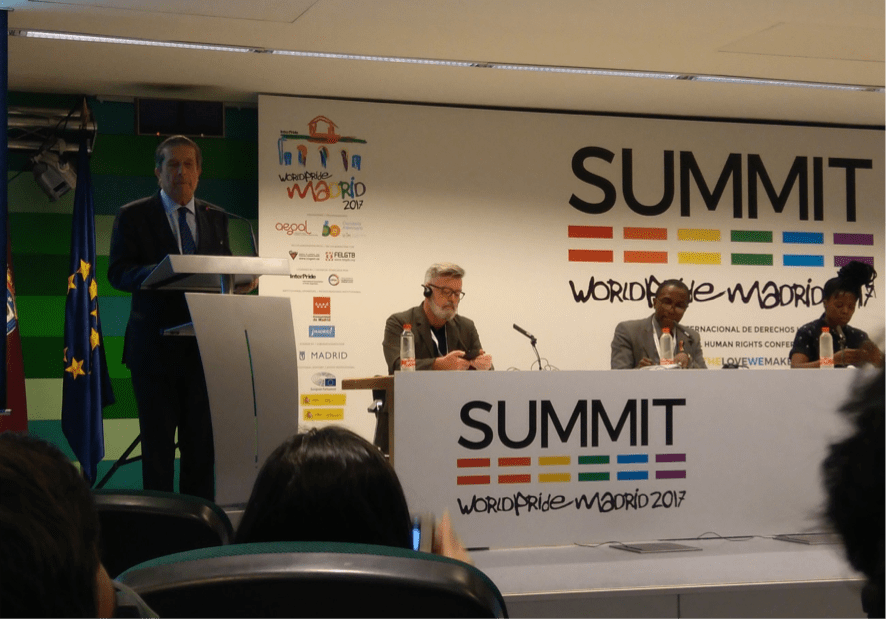 ICDP President Federico Mayor Zaragoza participated at the closing ceremony of the Madrid Summit. This International Human Rights Conference organized by the WorldPride Madrid 2017 Organizing Committee, together with the University Autónoma of Madrid took place from 26 June to 28 June 2017.

President Mayor spoke about human dignity and the right to life, stressing the fact that nobody should be discriminated on grounds of sexual orientation and gender identity. He mentioned that 104 countries have abolished the death penalty for all crimes. He highlighted that according to information ICDP has received, 72 countries still criminalize same sex relationships and the death penalty for same sex relationships is still in force in more than ten of those countries.
Over 200 speakers participated in the Madrid Summit from 46 different countries to defend and promote the fundamental rights of the persons no matter their sexual orientation and gender identity. They recalled that all human beings are born free and equal in dignity and rights.

After President Mayor’s intervention, the Madrid Summit Declaration was read.