ICDP Commissioner Ibrahim Najjar awarded with the Spanish Order of Isabella the Catholic: “No democracy without the abolition of the death penalty” 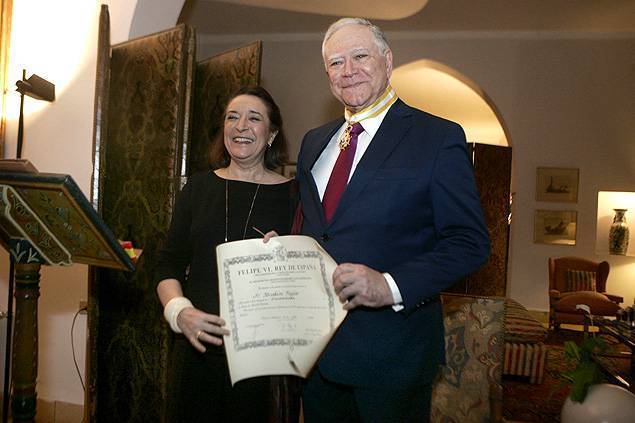 On 27 November Former Justice Minister of Lebanon was awarded with the Spanish Order of Isabella the Catholic by the Spanish Ambassador in Lebanon Milagros Hernando Echevarria for his commitment to the abolition of the death penalty in Lebanon. Ibrahim Najjar joined the national unity government of Lebanon in 2008 and was appointed Minister of Justice. While in government, he drafted a bill to abolish the death penalty. For this reason, Mr, Najjar was invited to join the International Commission against the Death Penalty, which he is now an active member. During the ceremony, Mr Najjar mentioned he welcomed the progress of the Lebanese justice in the matter, even though the death penalty has not been abolished. “In 2011, when the Lebanese Parliament accepted the principle of reduced sentences, even for those who are sentenced to death, it was accepted indirectly, and across religious and political divides, to establish a kind of de facto moratorium in Lebanon,” he added.

For further information, please go to the article.