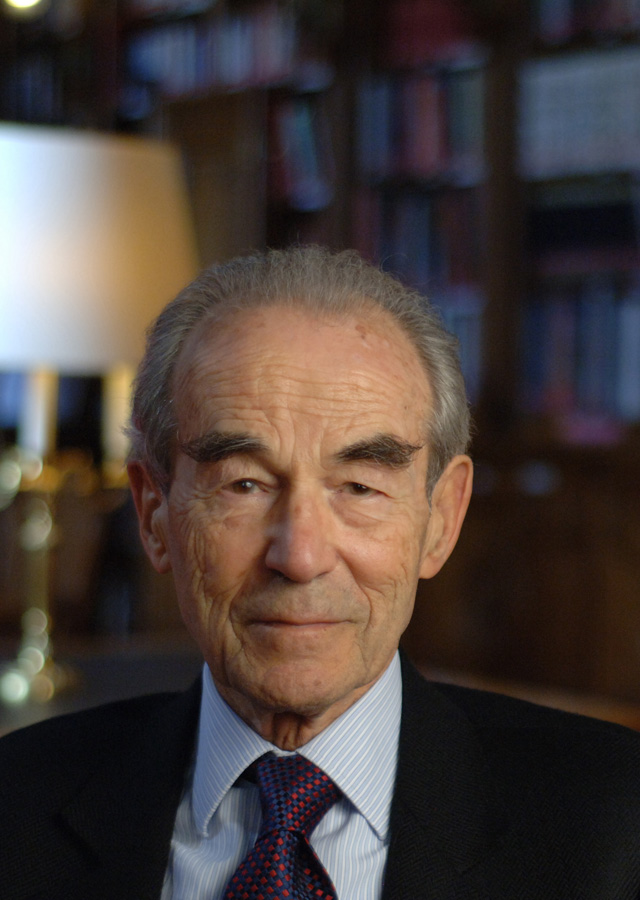 Robert Badinter has been a long-time activist for the abolition of the death penalty.

Born in 1928, he acted as defense lawyer in major death penalty causes in France. He was also Professor at the Sorbonne Faculty of Law (Emeritus since 1996).

Robert Badinter was Minister of Justice of France (1981-1986), President of the Constitutional Council (1986-1995) and a member of the Senate (1995-2011). Among his major achievements as Minister of Justice was the abolition of the death penalty in 1981. Badinter furthermore contributed to the revision of the criminal code and established several measures aimed at reinforcing the rights of individuals and victims.

Robert Badinter has been active also in the field of international cooperation. In 1991, he was President of the Arbitration Commission of the Peace Conference on former Yugoslavia. Later on, he was actively involved in the creation of the International Criminal Court. In 2002, he had been entrusted by the European Union to participate in the drafting of the treaty establishing a European Convention. He was also member of the Executive Committee created by former Secretary General Kofi Annan to reform the UN (2003-2004) and President of the Court of Conciliation and Arbitration within the OSCE (1995-2013).

Throughout his academic and professional career, Robert Badinter authored various books on the death penalty, such as The Execution (Grasset, 1973; reedition Fayard, 1998), The Abolition (Fayard, 2000; English version Abolition: One man’s battle against the death penalty, Northeastern University Press, 2008), or Against Death Penalty (Fayard, 2006).