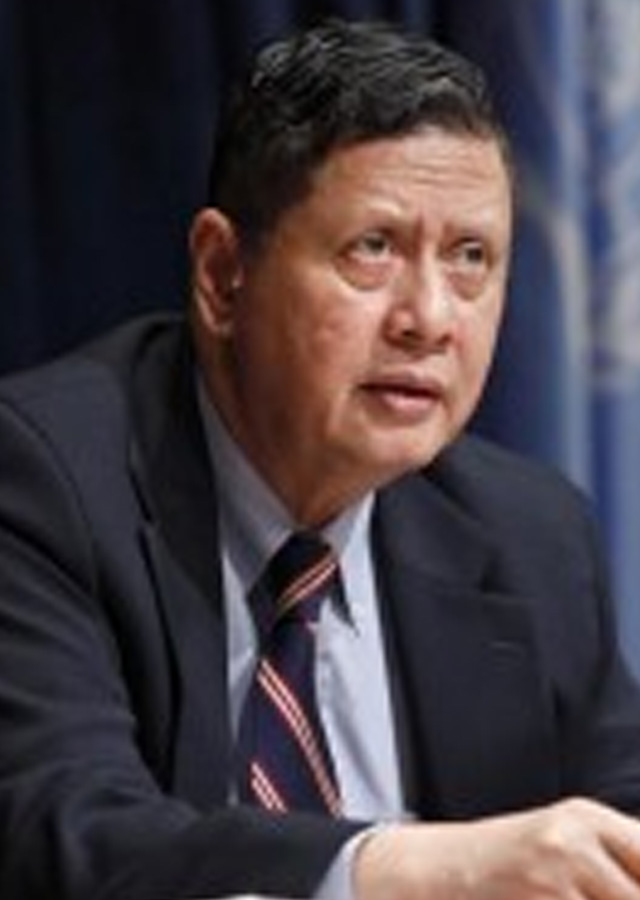 Marzuki Darusman is the former Attorney General of Indonesia, serving under Indonesia’s first democratically elected President Abdurrahman Wahid in 1999-2001. He was born in 1945. He graduated in law at University of Parahyangan and got his Honorary Doctorate in law from the same university.

Marzuki Darusman is a veteran Indonesian human rights campaigner with a distinguished career in public service. Darusman served as a Member of the House of Representatives for 20 years, representing the ruling Golkar party. He then accepted the role of Deputy Chairman of the National Commission on Human Rights when it was formed in 1993 and later became the Commission’s Chairman during the last months of the Suharto regime.

As Attorney General, he led a wide-ranging corruption investigation of former President Suharto and family and he prosecuted cases of corruption, mass murder, and human rights abuses that symbolized the inequities of the three-decade rule of Suharto. Darusman took the unprecedented step of placing Suharto under “city arrest” and arrested several of his business associates. He also investigated General Wiranto, the former armed forces commander, for crimes against humanity in East Timor.

Having led the Regional Working Group for an ASEAN Human Rights Mechanism that ultimately resulted in the formation of the ASEAN Intergovernmental Commission on Human Rights (AICHR), Mr. Darusman then assumed his role as the Director of the Human Rights Resource Centre for ASEAN (HRRCA). The Centre is a network of academic and civil society institutions that seek to provide promote human rights research, capacity building, human rights training and education and publication in the ASEAN region.