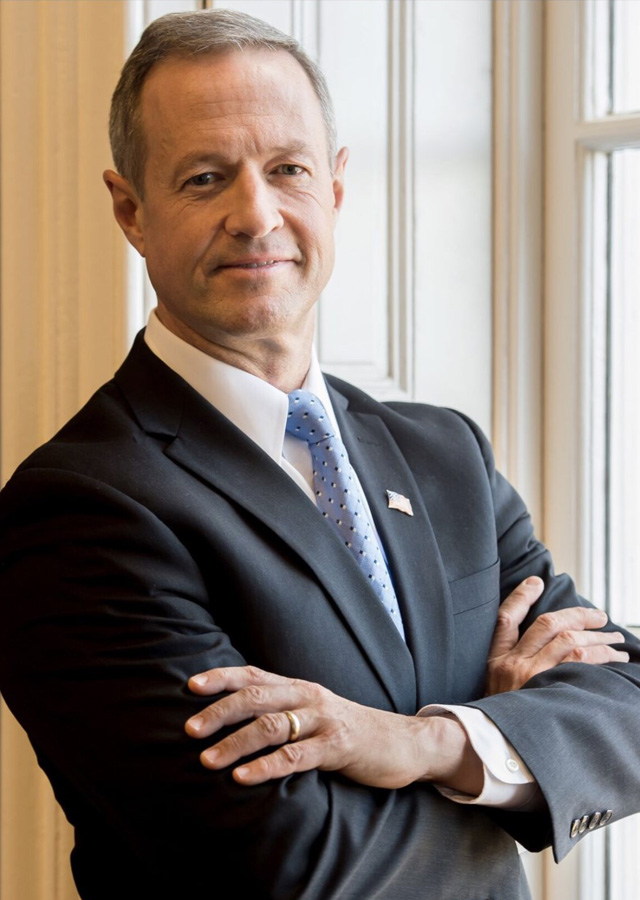 Assistant States Attorney for the City of Baltimore, 1988-1990; Martin J. O’Malley, P.C., 1991-1999; Elected member of the Baltimore City Council from 1991-1999. Elected the 47th Mayor of Baltimore in 1999 and re-elected in 2003. Elected the 61st Governor of Maryland in 2006 and re-elected in 2010. Democratic candidate for President of the United States in 2016. 2017- Present: Senior Advisor on Smart Governance to Grant Thornton Advisors. In addition, he advises a number of technology companies. He lectures widely on topics ranging from Climate Change, Healthcare, the Environment, Education, and Smart Cities. He is a Board Member of Project Drawdown — the most comprehensive plan ever put forward for reversing global warming.

A RECORD OF PUBLIC SERVICE.

O’Malley was the first of a new generation of Smart City mayors that would follow In the United States.

Just two years after his upset election as Mayor of Baltimore in 1999, Time Magazine named Martin O’Malley one of the top five big city mayors in America. His new data-driven system of performance management, “Citistat,” earned his City the Innovations in Government Award from Harvard’s Kennedy School of Government in 2002 and has been copied by mayors across the country and around the world. When he ran for his Party’s nomination for President in 2016 — after two highly successful terms as Governor of Maryland — Washingtonian Magazine called him “probably the best manager in elected office today.”

As Mayor, O’Malley set Baltimore on course for the largest ten year reduction of crime of any major city in America. As Governor, O’Malley’s leadership made Maryland’s public schools #1 in America for an unprecedented five years in a row. And with a new performance management regimen called, “Baystat”, O’Malley turned around a 300 year decline in the health of the Chesapeake Bay — the largest estuary in North America.

In his new book, “Smarter Government”, O’Malley lays out in his own words how to govern for better results in the Information Age. It is a formula that every elected leader has the ability to call into service. But it requires a radical commitment to openness and transparency. The courage to follow the data wherever it might lead. A relentless commitment to measuring the outputs of government on a real-time basis. It is all about producing better results — real-time — for real people. The book will be published in fall of 2019 by ESRI Press.