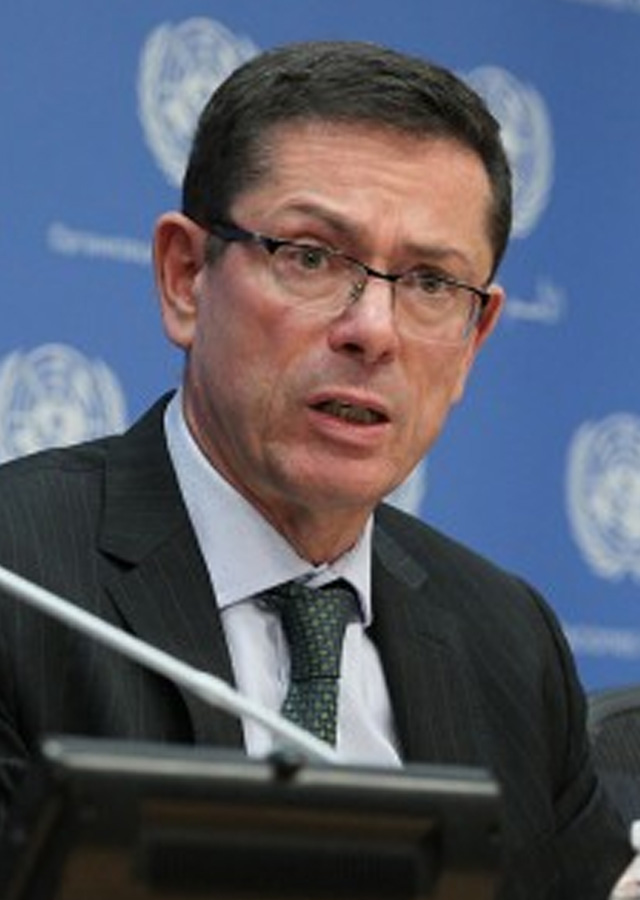 Previously, Mr. Šimonović was Deputy Minister in the Ministry of Foreign Affairs and Permanent Representative to the United Nations in New York, where he served as Senior Vice-President and President of the Economic and Social Council from 2001 to 2003. A Croatian national, Mr. Šimonović worked as a professor at the Faculty of Law at the University of Zagreb, where he served as Head of the Legal Theory Department, Vice-Dean and Vice-Rector for international cooperation. He has published extensively in the fields of international relations, law, human rights, and development of national institutions.

In an expert capacity, he has been a member of the Council of Europe’s Commission for Democracy through Law (i.e. the Venice Commission) and the European Commission against Racism and Intolerance (ECRI), as well as the Agent of the Republic of Croatia before the United Nations International Court of Justice (ICJ).