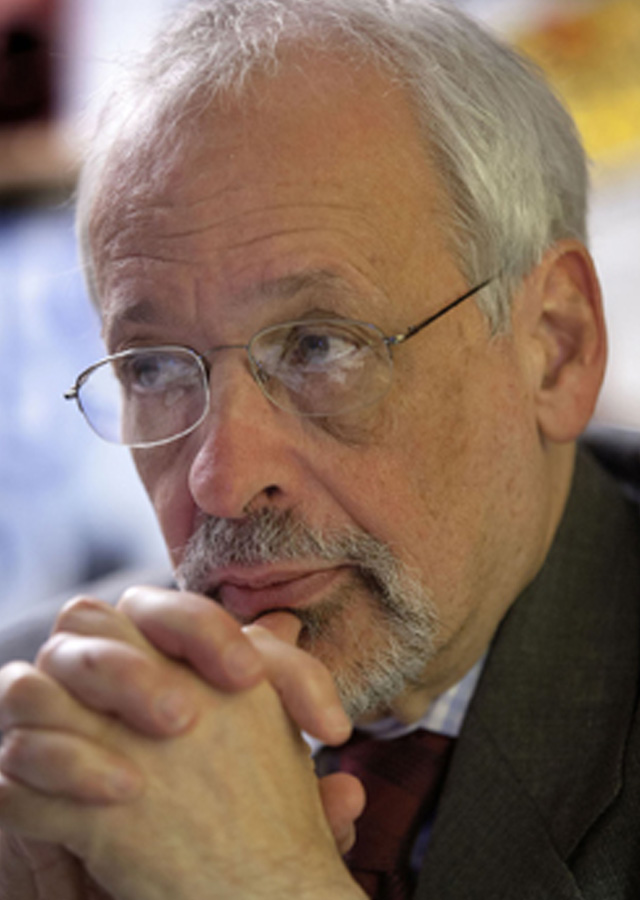 Argentinian journalist and writer. He was born in Buenos Aires in 1942.

Since 1987, he is a well- known political columnist in the Argentinian newspaper Página/12. He published 21 books on a variety of subjects including politics, economics, military, religious and human rights, which had a place in the political agenda; among them, all four volumes of his Politic History of the Argentine Catholic Church, which received the second Argentina´s national culture award. Moreover, he wrote the following: Robo para la corona; Hacer la Corte; El Vuelo (The Flight); El Silencio; Hemisferio Derecho; Malvinas La Última Batalla de la Tercera Guerra Mundial; Civiles y Militares: Memoria Secreta de la Transición y Un Mundo sin Periodistas. His last book, Cuentas Pendientes, from 2014, investigates all the economic, judicial and religious complicity with the last dictatorship.

Mr. Horacio Verbitsky chairs one of the main regional human-rights organisations in Argentina, the Center for Legal and Social Studies (CELS). He was awarded with the International Human Rights Prize from the French Republic and with the Latin America Studies Association Media Award to the best long-term media coverage on Latin America.

He is a member of the Board of Directors of Human Rights Watch/America and from the International Consortium for Investigative Journalists. During ten years, he was an honourable member of the Fundación Iberoamericana del Nuevo Periodismo Latinoamericano’s Governing Council, which was chaired by Gabriel García Márquez until his death. Mr. Verbitsky was a former colleague of Juan Gelman and Rodolfo Walsh when the `Noticias´ newspaper was founded, which was shut down for the Isabel Peron’s Government in 1974. Mr. Verbitsky also participated in the ‘Agencia Clandestina de Noticias’ and ‘Cadena Informativa’, in which he tried to break the informative blockade during the dictatorship.