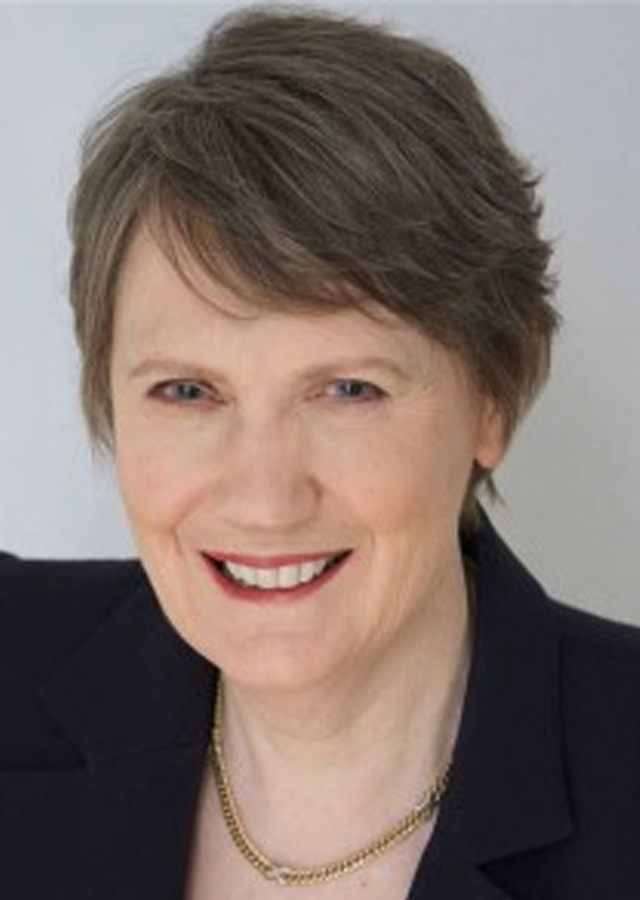 The Right Honourable Helen Clark ONZ served as Prime Minister of New Zealand for three successive terms from 1999–2008. This was the culmination of a parliamentary career which began in 1981 when she was elected as an MP. She has served as Minister of Health, Housing, Conservation, Labour, Ministerial Services, and as Minster responsible for the Accident Compensation Corporation, the Security Intelligence Service and the Government Communications Security Bureau.

Throughout her tenure as Prime Minister, she was active on a wide range of issues, including sustainability, climate change, economic growth, employment, education, health, and arts, culture, and heritage, and international affairs.

Prior to entering Parliament, she taught in the Political Studies Department at the University of Auckland. Helen was Administrator of the United Nations Development Programme (UNDP) from April 2009 to April 2017.

She continues to advocate in policy areas which have been of interest to her throughout her career in public life, and is Patron of the Helen Clark Foundation, a think tank established to support evidence-informed debate on issues about which Helen has been passionate all her life.