Celebrating World Day Against the Death Penalty, 10 October: Parliamentarians, a critical force in promoting the abolition of the death penalty 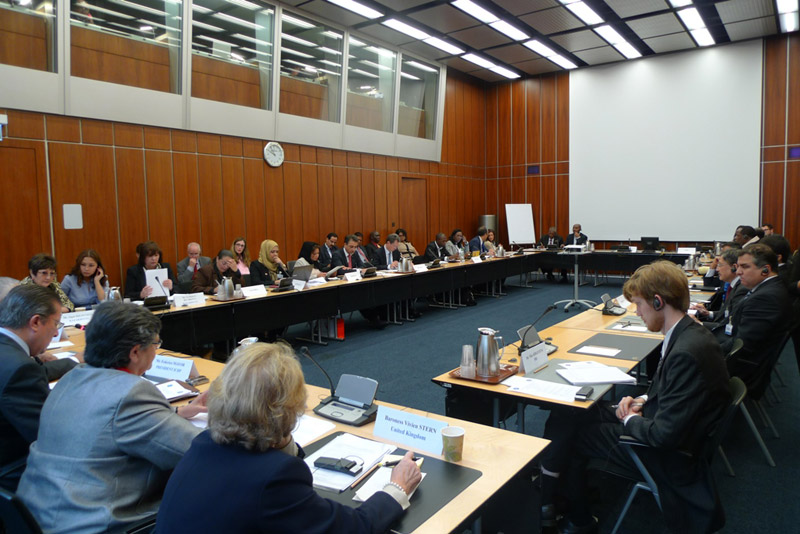 Panel discussion: Parliamentarians, a critical force in promoting the abolition of the death penalty

The International Commission against the Death Penalty (ICDP) jointly with the Inter-Parliamentary Union (IPU) organized a panel discussion entitled Parliamentarians, a critical force in promoting the abolition of the death penalty, which was held in Geneva at the International Conference Center on the 10th of October 2013.

The one day event considered the global trend towards abolition of the death penalty and the role of Members of Parliament in ending this cruel and barbaric punishment.

Members of Parliament from Algeria, Australia, Bahrain, Belarus, Chad, Japan, Jordan, Pakistan, Peru, Suriname and Zambia heard ICDP Commissioner Ruth Dreifuss speak on how States can abolish the death penalty; Baroness Stern, Member of Parliament and Chair of the All Parliamentary Group on the abolition of the Death Penalty (United Kingdom), highlighted the role of parliamentarians in achieving abolition of the death penalty. Oliver Robertson presented the results of Penal Reform International’s recent opinion poll in Belarus. Members of Parliament from Morocco and Kazakhstan made presentations about their work to abolish capital punishment in their respective countries.

ICDP launched its report Review 2010-2012 during the event. The report was released to celebrate ICDP’s third anniversary. It reviews ICDP’s activities and achievements since its creation in October 2010 until December 2012.

Please find attached press release on outcome of the event.

See below some links by the Parliamentarians for Global action related to the event.
http://www.pgaction.org/activity/2013/global-parliamentary-platform-for-the-abolition-of-the-death-penalty.html
http://www.pgaction.org/news/press-releases/statement-by-pga-board-member-ruth-wijdenbosch-for-the-abolition-of-the-death-penalty.html

Please read the news release in English or French.

You can allow, block or delete cookies by configuring the options of your Internet browser. In case you do not allow the installation of cookies in your browser, you may not be able to access some of the services on our website.
In the following links you have at your disposal all the information to configure or disable cookies in each browser:
• Google Chrome
• Mozilla Firefox
• Internet Explorer
• Safari
• Safari para IOS (iPhone y iPad)
• Chrome para Android

Necessary Always Enabled
Necessary cookies are absolutely essential for the website to function properly. This category only includes cookies that ensures basic functionalities and security features of the website. These cookies do not store any personal information.
Non-necessary
Any cookies that may not be particularly necessary for the website to function and is used specifically to collect user personal data via analytics, ads, other embedded contents are termed as non-necessary cookies. It is mandatory to procure user consent prior to running these cookies on your website.
SAVE & ACCEPT