9th meeting of the International Commission against the Death Penalty (ICDP), 24-25 November 2014 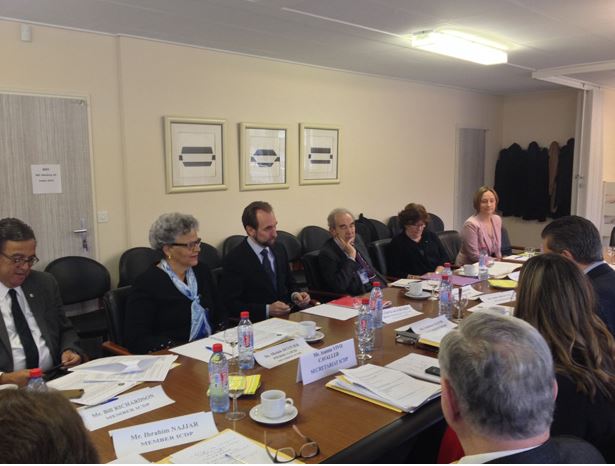 The International Commission against the Death Penalty (ICDP or Commission) held the 9th meeting of its Commissioners in Geneva on 24 and 25 November 2014. The Commissioners observed a minute of silence for ICDP Commissioner Rodolfo Mattarollo, who passed away on 18 June 2014. During the meeting, the Commission presented a report with the main activities undertaken this year.

On 24 November, the Commissioners met the new United Nations High Commissioner for Human Rights Zeid Ra’ad Al Hussein. They exchanged views on the situation of the death penalty worldwide and discussed areas of possible future cooperation.

The Commissioners discussed the future of ICDP, including organisational changes as a follow-up to an evaluation of the Commission that was conducted earlier this year. The Commissioners met with members-States of the Support Group to hear their views and feedback on related issues. Following the deliberations, a decision was made to move the ICDP Secretariat to Madrid, Spain, during a transitional period, starting January 2015.