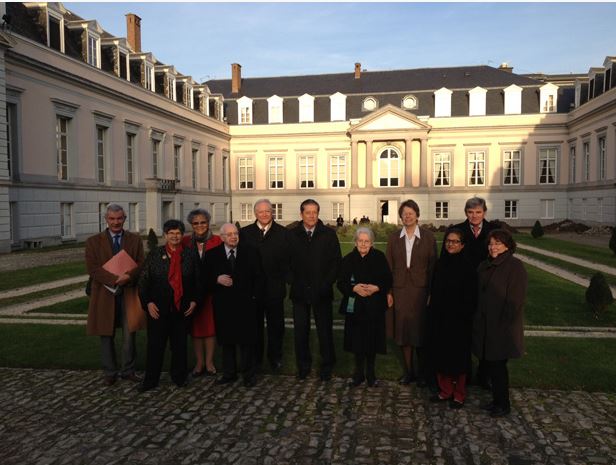 The International Commission against the Death Penalty held the 8th meeting of its Commissioners in Brussels on 2 and 3 of December 2013.

During the two-day meeting, the Commissioners met Mr. Dirk Achten, Secretary-General of the Ministry of Foreign Affairs, Foreign Trade and European Affairs of the government of Belgium to introduce the Commission.

The Commission also met with Ms. Barbara Lochbihler, MEP and the Chair of the Subcommittee on Human Rights of the European Parliament; Mr. Stavros Lambrinidis, EU Special Representative for Human Rights and Mr. Bernardino Leon, EU Special Representative for the Southern Mediterranean region for an exchange of views on the abolition of the death penalty and future cooperation.

During the meeting, the Commission summarized its main activities since its creation in October 2010 and considered a three-year strategic plan for 2014-2016.