6th Meeting of the International Commission against the Death Penalty, 8-9 October 2012 Madrid 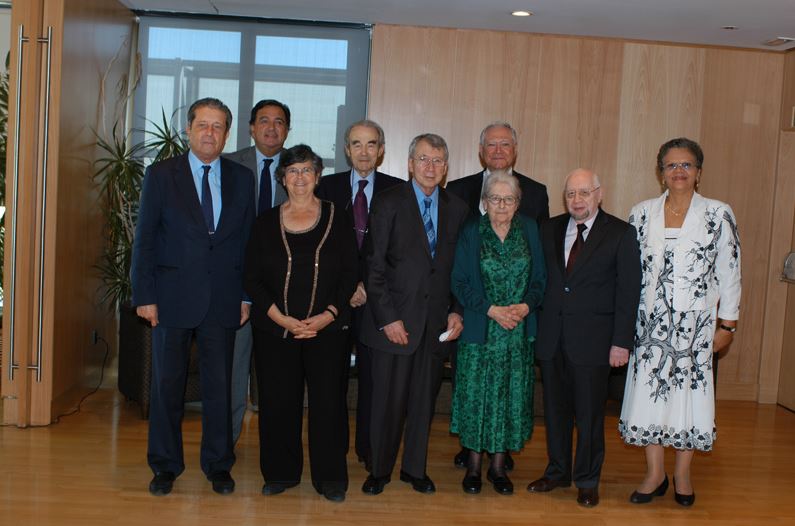 The International Commission against the Death Penalty gathered in Madrid on 8th October 2012 for its 6th meeting.

The meeting was the occasion for a productive discussion among the Commissioners and representatives of governments, international organizations, NGOs as well as academics and experts.

Mr. Gonzalo De Benito, Secretary of State of Spain, opened the session welcoming the participants and highlighting Spain’s commitment to the abolition of the death penalty and the creation of ICDP. He also stressed the important role played by governments together with civil society in the fight against death penalty. Watch the video of Mr Gonzalo DeBenito (Spanish).

The meeting was chaired by Ms. Ruth Dreifuss, member of the Commission, who shared with participants ICDP’s goal to defend the universal abolition of death penalty in any circumstances. Watch the video of Ms Ruth Dreifuss (French).

She also emphasized that the moratorium on condemnations to death is as important as the moratorium on executions, because staying in prison waiting for execution is in itself a form of torture that must be opposed to. Watch the video of Ms Ruth Dreifuss (French).

On the 9th of October, on the occasion of the World Day against the death penalty (10 of October), ICDP hosted a public debate with members of the Commission, academics, representatives of civil society and journalists.

Mr. Mayor, President of ICDP, took the opportunity to present the goals and work of the Commission, including how it operates. Watch the video of Mr Federico Mayor (Spanish).

An interesting point on the issue of the role of public opinion in the abolition process was raised by Ms. Duvivier, member of the Commission, who highlighted that sometimes public opinion is in favour of death penalty; therefore it might be difficult for politicians to go against it. Watch the video of Ms Michele Duvivier (English).

The high level of attendance testifies the success of this public event.

Click here to view the flyer of the event.

Click here for the report of the outcome of the meeting with governments, international organizations, NGOs as well as academics and experts.