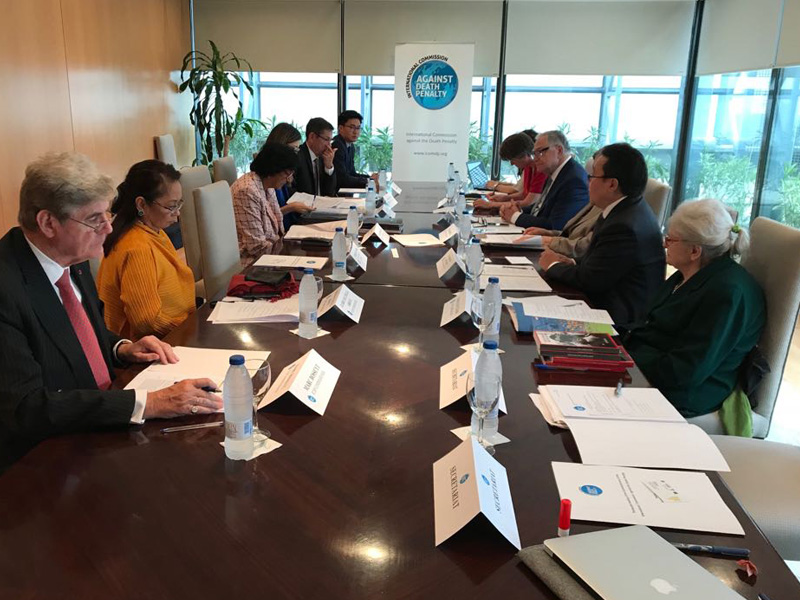 The International Commission against the Death Penalty (ICDP or Commission) held the 13th meeting of its Commissioners in Madrid between 27 and 29 May 2018.

On the 27th May 2018, ICDP’s Steering Committee meeting was chaired by ICDP President Judge Navi Pillay and discussed activities of the Commission.

On the 28th May 2018 afternoon, the Commissioners had an audience with His Majesty the King Felipe VI of Spain and discussed ICDP´s activities and issues related to the death penalty.

On the 29th May 2018, the Commissioners met the then-Spanish Minister of Foreign Affairs Alfonso Dastis to discuss issues of mutual interest including Spain´s role on the abolition of the death penalty in general and ICDP in particular. Following this meeting, the Commissioners participated in the General Assembly meeting where ICDP´s Member States of its Support Group attended.

For further information, please read of our press statement here.